Be ready for the beginning of a saga... SICKRET will unleash their new concept album with a serie of singles, and it starts now!

SICKRET brings the 90s Nu Metal to 2020. Their sound is a different mix of KORN, LIMP BIZKIT and the DEFTONES with influences of modern music. Nu Metal is alive !

Since 2010 SICKRET stands for brutal guitars, aggressive raps and groovy drums. The quartet from Sursee (CH) has generated an enthusiastic fan base by playing 130 shows all around the globe and shared the stage with bands like SICK OF IT ALL, PRO PAIN, SKINDRED, BREAKDOWN OF SANITY, JINJER, DOG EAT DOG, CRAZY TOWN, CLAWFINGER, JONATHAN DAVIS (KORN) and many more.

SICKRET returns with an uncompromising new single and is ready to put their new masterpiece at the top of the international nu-metal scene. SICKRET does not just present a new single & video, they create a completely new world which will be present in a single serie that make you think about what is going on here and directly sticks its finger into the wound of many delicate topics.

Get the new single "TIME FOR CHANGE" now on:

Our hardcore metalheads BREED MACHINE from France just released their new single ASURA. Enjoy and get ready to bang your head hard!

Get the album now on: 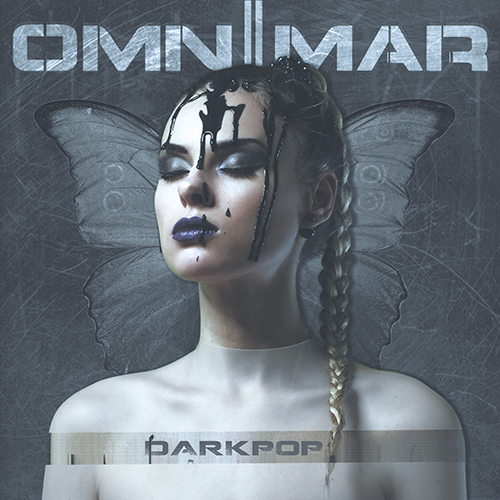 🔥START OF THE PREORDER OF THE NEW OMNIMAR ALBUM "DARKPOP"🔥

When dark elegance meets mysticism and numbs all your senses, you can be sure that OMNIMAR created something special again! The new album 'DARKPOP' combines beauty and chaos in a very unique way. We really proud to announce that we will release this dark jewel on February 12th. 2021! You can now preorder the very limited metal collector box (only 50 units world wide!) such as the CD-Shirt bundle and of course the digipak exclusively on our mailorder DARKMERCH 👉 https://www.darkmerch.com/omnimar

The incredible Russian duo ,Maria and Alex, send us on a journey through passion, mystery and desire. Once again they play with heavy contrasts and enchant our minds with their extraordinary music: 13 tracks in which Dark Pop and Storytelling become one. It doesn't matter if you enjoy songs that remind you of old Grimm fairy tales or like to dive into electric and sensual worlds, OMNIMAR's versatility covers all of it! Because of that they are clearly setting a big milestone in the highly praised genre of 'Dark Pop'! The beautiful but gloomy cover puts the theme of the album into perspective. This wonderful dark 'Pop-Synth-ony' is not only gonna be available on all streaming platforms, but will also be sold as an exclusive and limited digipak and collector's box. Prepare yourself for a melancholically emotional world that is awaiting you on February the 12th 2021!

Get it now exclusively on 👉 https://www.darkmerch.com/omnimar

"This is not just a coversong. This is a respectful tribute to the "green man" and his band. R.I.P."

This song is taken from the new CATTAC album "Filthy Tendrils":

Hypnotic beats quicken the pulse, dark electro sounds touch the soul’s depths and a striking voice gives the command: “Filthy Tendrils” is the new album of CATTAC! For eleven songs, the two felines Helm and Chris lead into eternal darkness and show the world that you have to break the standards of the gothic scene to shine. Stoical electro, industrial and dark pop rhythms heat up the atmosphere! At the same time sound aesthetic synthesiser evoke the famous Nineties’ feeling when Dark Wave bands just as COVENANT, SKINNY PUPPY or DEPECHE MODE as well as groups from other genres like TYPE O NEGATIVE or THE SISTERS OF MERCY.

Inspired by the ghosts of those glorious times, the music of CATTAC balances between and beyond any borders and inhibitions. Rocking and electronic at the same time, the musicians touch with intelligent texts, flirt with electro, industrial, dark pop and dark wave, but open the genre beyond the borders. With „Filthy Tendrils” the duo delivers a very personal album. The lyrics are dealing with « Sadness », « Pain » and « farewell », a kind of own therapy.

Sleepless nights beyond time in loneliness and silence or vivid hours in the club: The new album of CATTAC shines as bright and brilliant as its producers and changes cat-like between the moods. It’s a good decision to keep eyes and ears wide open in the darkness: Not all cats are grey by night.

Get the album now on:

"Your body will haunt me, A beauty so fragile it will be mine, I just wanna see you break inside, I wanna see you dressed in red..."

Our DarkPop duo from Moscow is back with a new single called RED, and it's one of the most sensual and hot song they ever wrote. OMNIMAR invites you to a journey for all the senses, where musical ability, aspiration and beauty all blend into a symphony that is equally hot and cold, light and dark.

Enjoy the trip, and be ready to melt...