🔥SICKRET ON EUROPE TOUR WITH MUSHROOMHEAD🔥 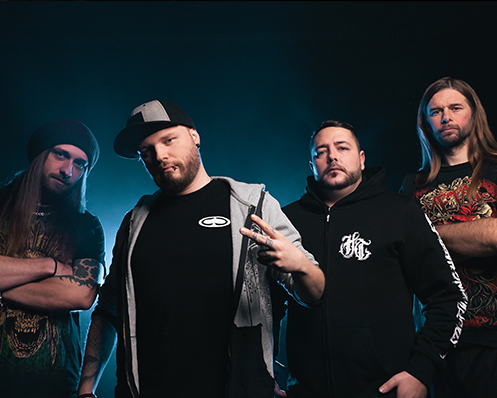 darkTunes Music Group is very excited to announce that SICKRET will support MUSHROOMHEAD on their European tour this summer! Skarlett Riot are also joining the tour!

Don't miss them! You can find all dates HERE

💥SICKRET - RAISE YOUR FIST - OUT NOW💥

"Raise your fist and get in line , we're getting short on time , put your fear on the pyre, set it all on fire!"

Friends, get ready to bang your hand hard, our Swiss Nu Metal heads SICKRET are back with the 5th single of their new concept album! We're very proud to present you this banger which is called RAISE YOUR FIST. Enjoy and share 🤘

Get the new single "FATLIP" now on: 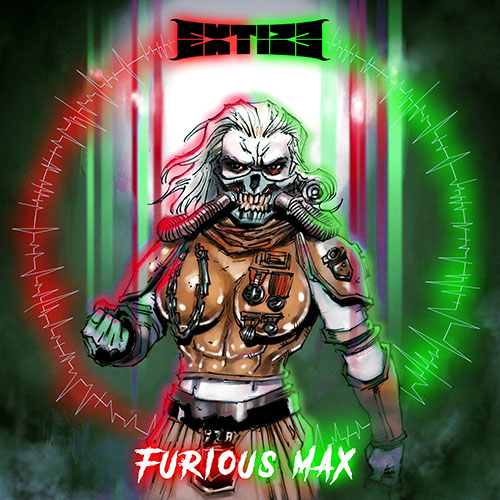 Ready for a wild ride in the wastelands? Witness me! The 4th single & video of EXTIZE's upcoming MONSTARS concept album is OUT NOW!

One, two, three and four – new EXTIZE album at your door! An electrifying musical tribute to the most iconic horror and sci-fi movies! Welcome to the MONSTAR(S) party of the year!

Not only is this concept album a sensational tribute to the horror and sci-fi stories from the 80s all the way to the 2000's that frontman Cyb3rella grew up with, but it's also going to be released as a digipak with 3D glasses and 3D booklet to properly take you back in time and make your listening experience even more exciting! As a bonus, EXTIZE is also releasing a collectors edition in the form of a VHS box with an audio cassette version of the album and many goodies from the movies that it's about! As a treat, the band has also added a bonus track to the cassette called ‘Dusk’ inspired by the movie ‘From dusk till dawn’!A sensational musical horror experience that will even make the skeletons in your closet dance, available everywhere on September the 30th 2022. Surrender to the amazing world of sci-fi and horror but remember: Always be afraid of the monsters…

Finally, the long awaited new Antibody EP is here! Enjoy this electro industrial banger and its special guests like the German Industrial icons XOTOX and FabrikC, such as awesome remixers like MATT HART and C/A/T.

Dear witchpop and darkwave lovers, it's time to unleash the debut album and a new music video of our modern witch AGNIS.

ONENESS - A mystical journey of light and fire!

In a world where darkness meets light, AGNIS reigns! Inspired by the Indian God of Fire 'Agni' and her own name, Agnieszka, this slavic witch not only makes you dance to her electrifying beats but also inspires the spiritual and gentle way of living in a world that appears very broken and dark. The atmosphere AGNIS creates can only be described as LANA DEL REY meets DEPECHE MODE and NINE INCH NAILS. A masterpiece of Wiccan mystique and a journey between Darkwave, Darkpop, New Age and Dark Electro!

In her debut album, AGNIS fully embraces her witchy and spiritual side to showcase the power that everyone holds within! The 'Mystical Darkpop' priestess from Poland has already enchanted many listerners with her two Singles 'I am the Light' and 'Light and Fire' which were released this year! AGNIS fell in love with the piano from a very young age and showed even more creative talent as a painter! Jumping from one creative pot to the other, she even wrote a whole musical called 'The Keykeeper' which was targeted at young people searching for their own paths. Messages about being yourself, finding your way and becoming the invincible soul that one was destined to be are the topics her music embodies.

Starting the album off with 'I am the Light', the modern witch indicates that human souls are pure and that everyone decides their path. It's your choice which wolf you feed. The bad one or the good one. Haunting piano sounds in duet with siren-like vocals make this song a mystical delight! 'Transubstantiation' is filled with powerful sounds entangled by a ghostly undertone. This song speaks about change and its good and simple nature once one accepts it. AGNIS also shows her powerful, rebellious side in 'Slavic Witch' that was inspired by the events that occurred around Halloween 2020, when thousands of women stood up for their rights. The raw power of a woman and the strength and magic of Wicca she embodies, is what this song is about. It almost feels like being seduced into an occult dream in which one finds protection and reinforcement.

In conclusion, one must admit that this album is filled with exciting notion, enchanting vocals and encouraging affirmations that make you take a closer look into your inner world. Be ready to begin your mystical journey that will make you feel stronger, brighter and divine!

Get this wonderful album now as limited digipak, collector bundle or digital on: