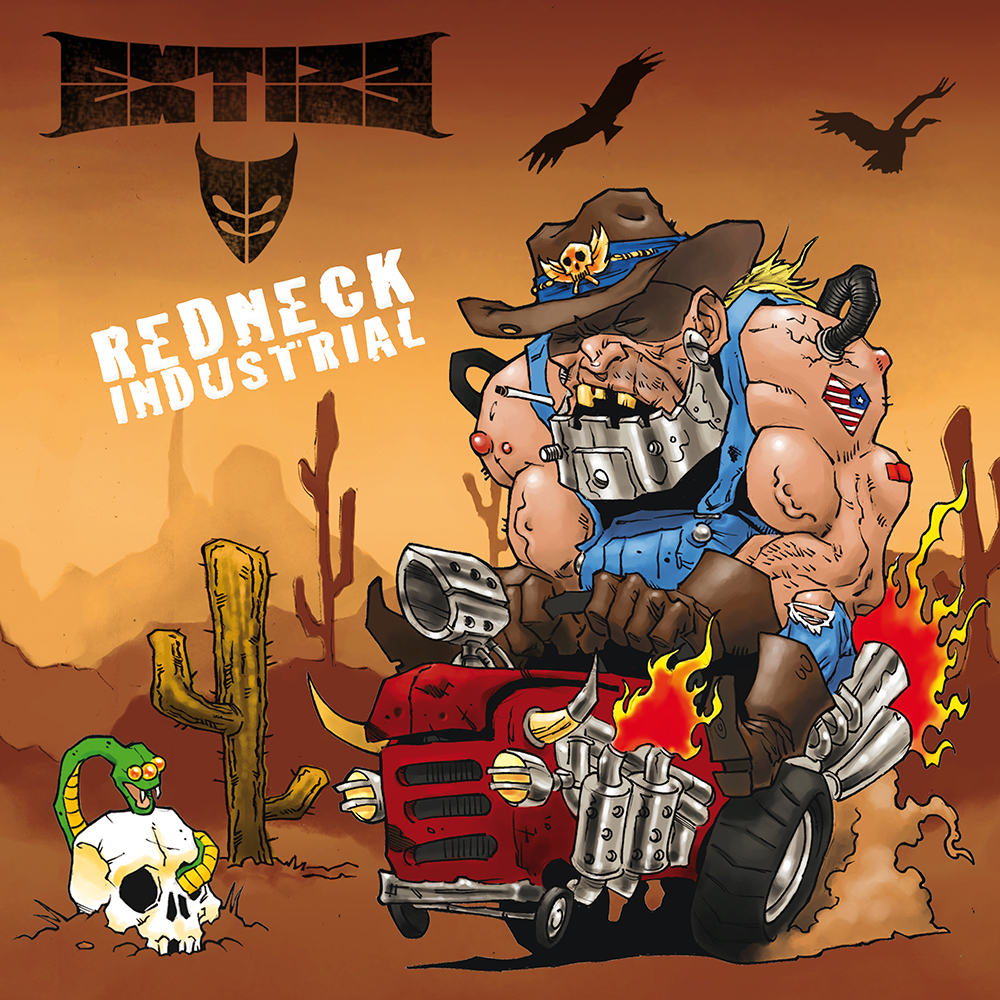 Electro-industrial meets country! The new album is out now!

Since 2007 the musical outlaws EXTIZE are riding through the prairie of electronic music. The scoundrels keep moving year by year, from Club to club, from stage to stage to execute their dirty jobs on their synths, effect units, e-drums and e-guitars. Led by their german-french ringleader and mastermind Cyb3rella they fire sound storms of dark electro, industrial, EBM and hard trance into the party crazy rabble with baseline after baseline. The energy loaded EXTIZE sound destroys the boarders of the music genres like a bar of dynamite underneath a stage coach and demonstrates what dark electronic music of the new century has to offer. No eyes will remain dry and feet’s not dancing on the same spot.

The freaks of EXTIZE have already torn a blood filled swath of destruction through the electronic music territory with their recent four records and four EP’s. Now their fifth album “Redneck Industrial” is the new bullet in the barrel, a new facet of the band on the horizon. EXTIZE recollected to their beginning stage of industrial influences and spicing it up with Country and Western sound structures, fine-tune this with the club sound from today and the outcome is the brand new album “Redneck Industrial. A brand new concept album the goth industrial scene has not experienced until now.

The album not only features club hits such as „Lawless Gringo“, „Guns Gasoline & Cowbell“ and “Hillbilly Rage“ but also a synth pop song called “Rodeo Stars” and even a ballad called “Back To Home” have found their slot amongst the 10 tracks featured on the album. So the four daredevils of EXTIZE proof yet again how versatile their music can be. The album is rounded up with remixes from likewise versatile renowned bands SHIV-R, OMNIMAR, SYNTHATTACK, BINARY DIVISION and NITRO/NOISE. Also the newest EXTIZE member Bill is revealed and contributes in his own special manner exclusive material for the first time on the new album “Redneck Industrial” so the album heavily loaded with 19 tracks is ready to storm the saloons.

The EXTIZE electro rowdies are riding the bass of the musical show down into a club near you! Loud rumbles the war chant: We want you to dance — Dead or Alive!

Join the gang, get a horse and ride with them away now!

PS: They will be on tour with PROJECT PITCHFORK and REAPER from september till december, here are the DATES.